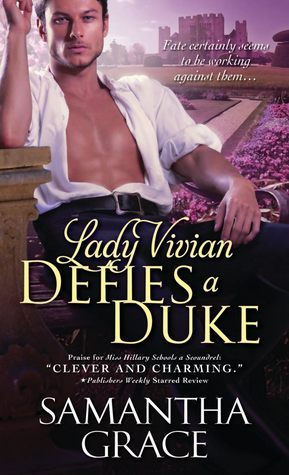 Lady Vivian Defies a Duke is a charming regency romance novel by Samantha Grace (an author I’ve read before and liked!). Vivian has always had a wild side, which got her into trouble as a young girl. Consequently, she has never had a season and her brother has betrothed her to a man she has never met. She is determined to fulfill her brother’s expectations, because the alternative is a life in a convent.

Luke Forest is not impressed with how his bride-to-be appears on paper. He has no plans to marry, but wants to travel the world. Nonetheless, he decides he must tell his betrothed of his intentions in person. Little does he know, she is nothing like her brother described her.

Lady Vivian Defies a Duke had just the right amount of hilarity, intrigue, and passion. It was fantastic regency romance! 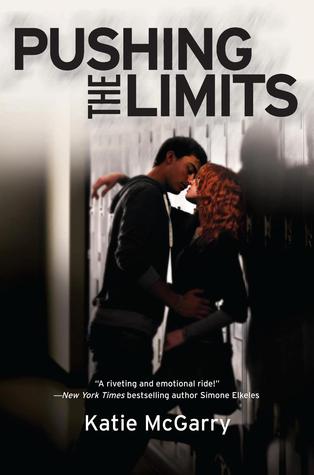 Echo Emerson went from being popular to a freak after her disappearance at the end of sophomore year. No one knows what to think about the scars on her arms. Echo herself doesn’t even remember what happened the night she got them. Noah Hutchins, a school reject, but a very hot one, runs into her at the school counselor’s office. Sparks fly, love ignites, etc etc. But it’s not like they don’t have problems. Some of the issues these teens face are heartbreaking–like Noah not being able to see his little brothers because their adopted parents don’t want to have anything to do with him.

Pushing the Limits was definitely a page turner! The dramatic, slowly revealing plot pulls you in and their obvious attraction and growing affection are what make this book so good! It’s almost like watching a teen soap. 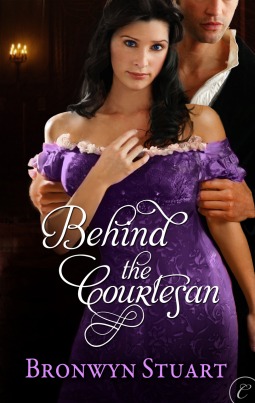 When courtesan Sophia Martin returns to her childhood home,she knows that she won’t be welcomed with open arms. She hasn’t returned since she fled as a young girl, and only returns now because she parted ways with her lover and her brother insisted she return. Blake Vale has never forgotten his childhood friend and love Sophie. When she left all those years ago and never wrote him, she broke his heart. Blake can’t forgive her, especially after what she’s become.

This novel was frustrating for a few reasons: 1) the hero calls the heroine all kinds of slut and whore. That is not ok. Ever. 2) I’m not convinced that Blake ever accepts Sophia’s past. 3) The writing was cliched.

Behind the Courtesan is the first courtesan novel I’ve ever read. I didn’t like this one very much, but I will definitely read more courtesan romances in the future.

I read a lot, y'all.
View all posts by Natalie Ramm →
This entry was posted in Books I read and tagged courtesan, regency, romance, Romance novel, romance roundup, Samantha Grace, young adult. Bookmark the permalink.